Vanadium - What is the Problem?

What is the problem with vanadium?  There is a rush for the product, but the market does not seem to be giving the vanadium companies any slack.  We all know that it’s a complex element and many a company have gone bust trying to master it.  We also know about its special properties that are luring young and old to invest and take that punt hoping for a big payday.

Over two centuries have passed since the Spanish scientist Andres Manuel del Rio discovered vanadium in Mexico.  Despite this, we are only now understanding the mineral’s vast potential.  If vanadium is known for anything, it’s steel. Added in small quantities – as little as 0.15% – vanadium is proven to double the strength of the alloy.  Henry Ford was one of the first exponents of the metal, using it to strengthen the Model T – the car credited with introducing the automotive industry to the masses in the early 1900s.

Its the unique properties of vanadium that is driving the excitement at the moment.

Vanadium is a chemical element with symbol V and atomic number 23. It is a hard, silvery-grey, ductile, and malleable transition metal. The elemental metal is rarely found in nature, but once isolated artificially, the formation of an oxide layer (passivation) somewhat stabilizes the free metal against further oxidation. Andrés Manuel del Río discovered compounds of vanadium in 1801 in Mexico by analyzing a new lead-bearing mineral he called “brown lead”, and presumed its qualities were due to the presence of a new element, which he named erythronium (derived from Greek for “red”) since, upon heating, most of the salts turned red. Four years later, however, he was (erroneously) convinced by other scientists that erythronium was identical to chromium.  Chlorides of vanadium were generated in 1830 by Nils Gabriel Sefström who thereby proved that a new element was involved, which he named “vanadium” after the Scandinavian goddess of beauty and fertility, Vanadís (Freyja). Both names were attributed to the wide range of colors found in vanadium compounds. Del Rio’s lead mineral was later renamed vanadinite for its vanadium content. In 1867 Henry Enfield Roscoe obtained the pure element. 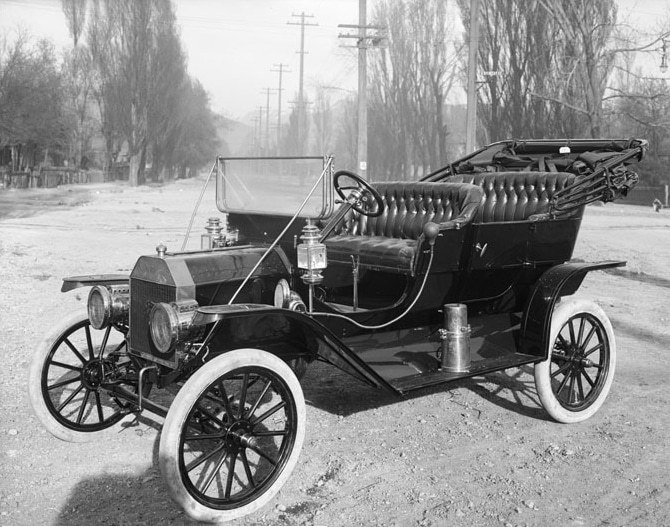 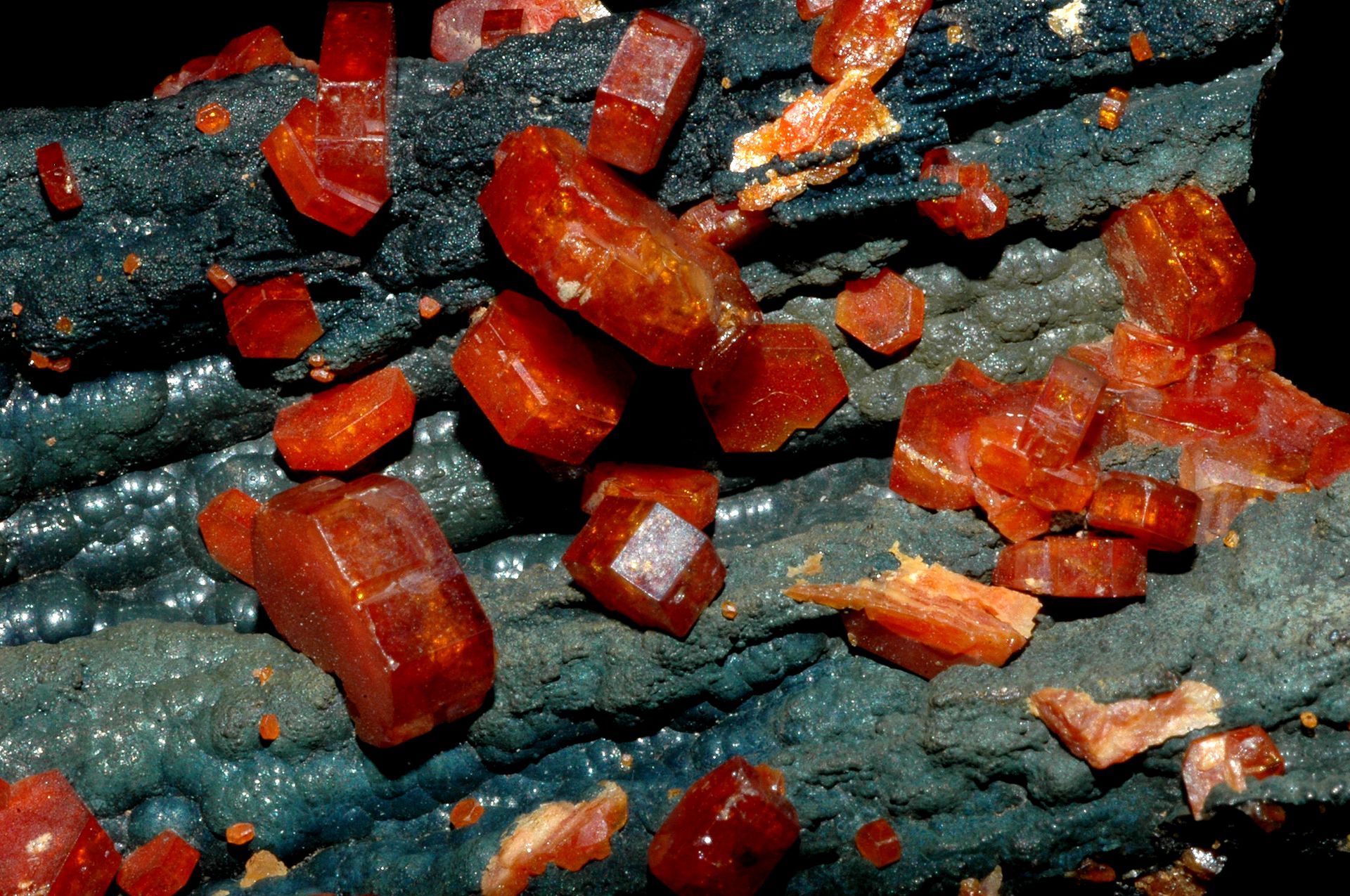 Vanadium is the 20th most abundant mineral in the earth crust and occurs naturally in about 65 different minerals.  The metallic vanadium is rare and is known as the mineral vanadium, native vanadium.  Wikipedia has a pretty substantial write up on its uses and other factors.

One should contribute and keep it free :-).

About 90% of vanadium is used to produce speciality steel alloys.  Vanadium pentoxide is a catalyst for the production of sulfuric acid. 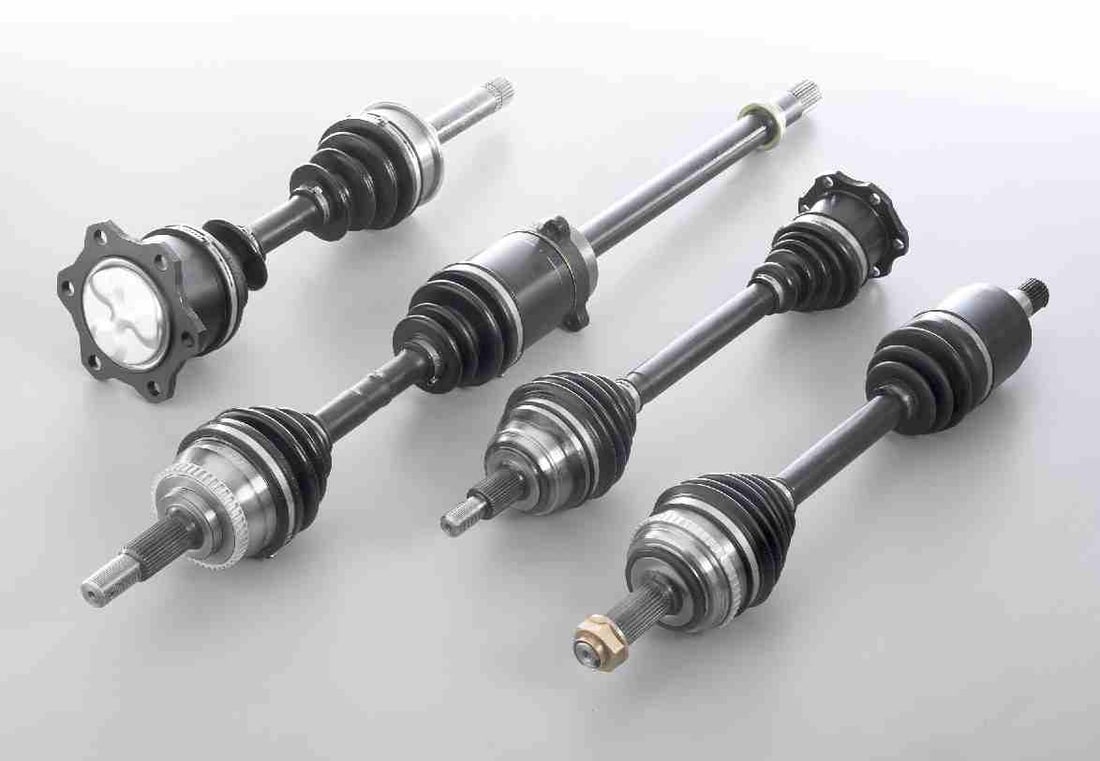 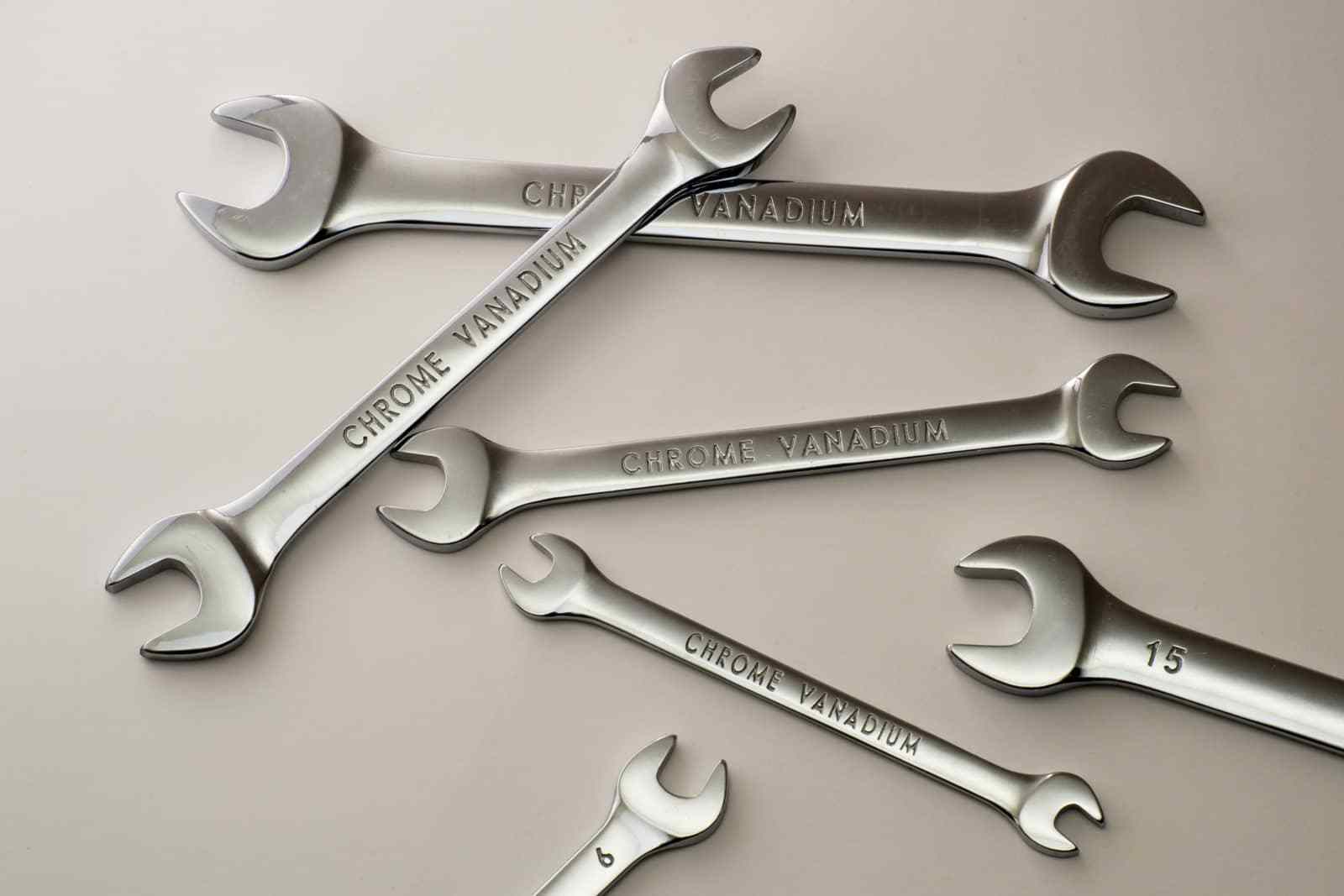 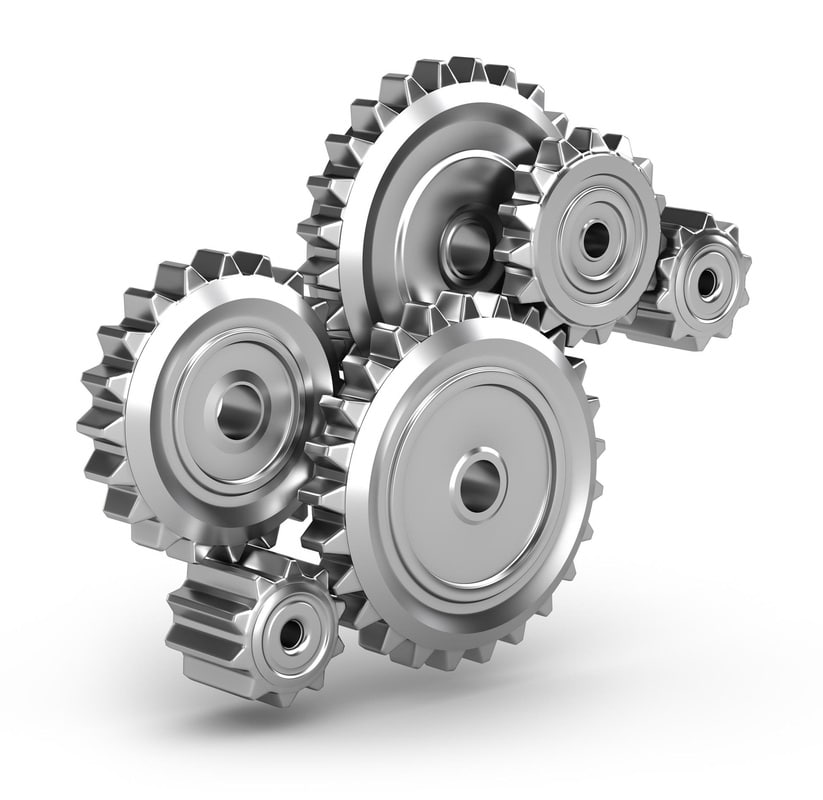 Uses in the Renewable Sector.

The recent rush to find vanadium stems from the introduction of vanadium flow batteries. As reported in altenergymag.com, these batteries allow intermittent energy supplies to be regulated from moment to moment.  This dispatchable energy or dispatchable power enables the grid to balance the amount of energy going into wires.

Why is the Vanadium Flow Battery not as famous as the Lithium Battery?

Currently, the Lithium Battery (LiB) are more efficient and hence more cost effective for the everyday household.  The Vanadium Flow battery (VFB) close the efficiency gap with the larger storage capacities.  However, at this stage of the technological race, the VFB is still at its infancy.  Like the tungsten battery article that I wrote about in my previous blog, at this stage, the race is still favouring the LiB.

Interestingly, when you look at the capacity of the VFB,  I do see them doing well with the massive solar and wind farms.  The way the battery works will be a great benefit in those cases, but I think the cost effectiveness is going to be a big issue. Research does show that these batteries are the most efficient in large capacity requirements.

The VFB has up to 40% vanadium content, and this will make the battery vulnerable to price fluctuations.  Imagine what the price of a Cobalt battery now if there was a Cobalt battery.  LiB has already established a big stronghold on technology, and as always, this is going to be hard to change.  No matter how good your technique is, once the mainstream players set their views, they are not going to change in a hurry.

So what does that mean for the mineral resource fraternity?

For those that have been following this sector, the lack of keen interest is becoming very frustrating.  Many people would have remembered the Windimurra Vanadium project.  The last proponents to take on this project was Atlantic, and that ended in tears.  I believe that was around 2014.  The project had a significant mineral resource.  As quoted on the Atlantic website, the resource was over 235MT.  They claimed to have highest quality ore and was building a plant as well.

Recently there was news that the owners of the project are making a comeback with the rising interest in vanadium.  This project had many issues, and the volatile vanadium price did not do them any favours.  However, if my memory serves me well, the main problem was the chemistry and the issues in the plant.  Whether it is a chemistry problem or a lack of management, one will never know.  I remember talking to a few guys about this and they did say that chemistry was the issue.

It was because of these issues that I have always maintained,  if you have that large a resource and you cannot get the chemistry right, what hope would any company have without all those positive parameters.  The guys who were in that industry would tell me that it is easier to work with another commodity than to try and work this one out :-).  I am sure that this is now had many technological advances and such issues would have been overcome.

Vanadium Companies on the ASX

There is a good list of these companies listed on www.smallcap.com.au and it had a good summary of vanadium facts.  I will admit that I have not followed them much because I feel that there is a gap in making the chemistry right.  These boutique stocks are now taking a hiatus on the market, and like all things unique, it needs the market to be hot.  Lithium and Cobalt stocks are a good example. Late last year, you could do no wrong, but now, they are not looking healthy.  Even the ones that have a good story are having a hard time getting the market to get excited. 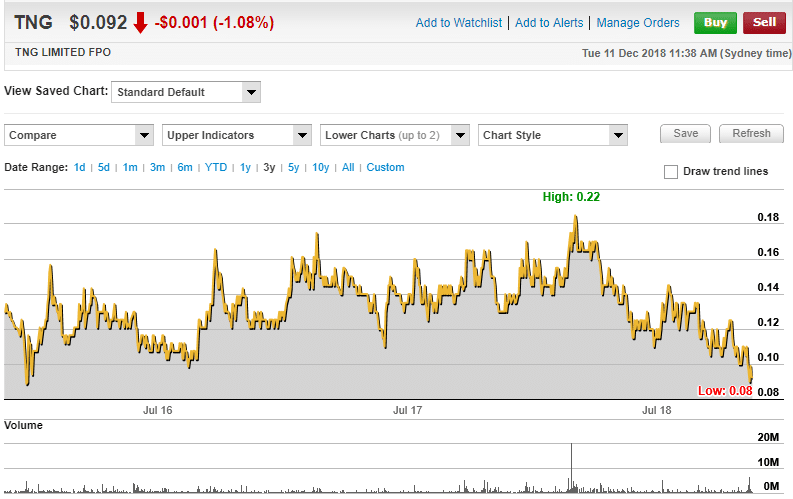 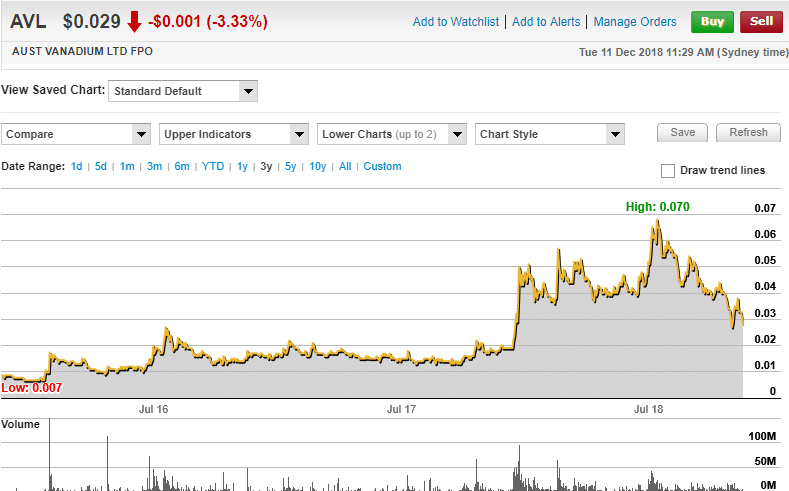 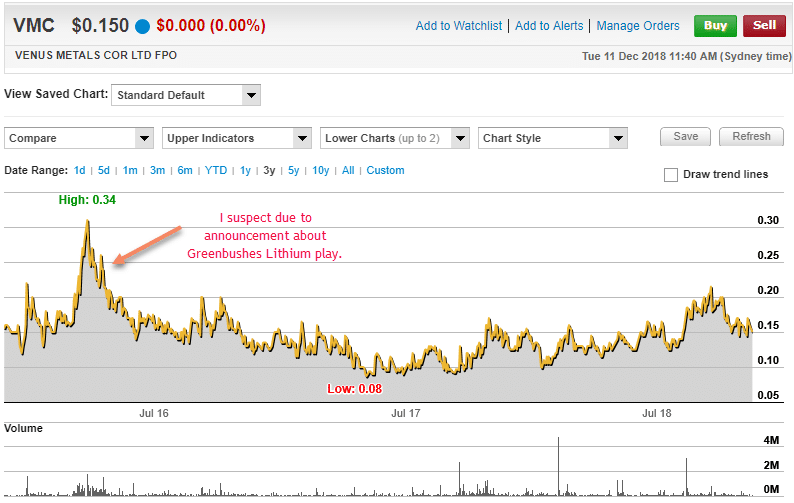 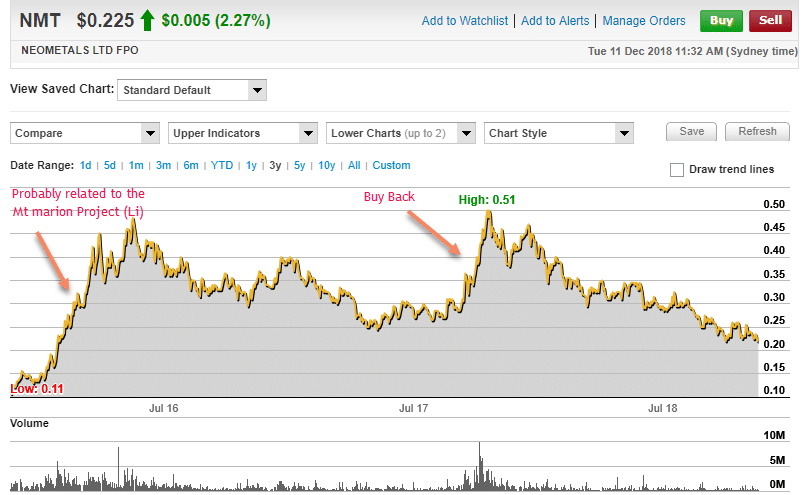 As you can see in the share price charts that I have included, things are not happening.  I have added the stocks that I have some knowledge about so please don’t think that I am favouring any particular companies.

The vanadium Flow battery is new technology compared to the traditional Lithium variants.  My thought is that the science behind the technology is very good.  This battery can handle the fluctuation in energy within itself as if it has a living ecosystem. The fact that you have an ever-changing flow of reactions that is comfortably controlled by vanadium with its “living” oxidation states is critical.  Lithium batteries have a tendency to surge and the technology required to manage that is not simple.  This is why we don’t have a rush on electric aeroplanes.

The imbalance use of charging and discharging in batteries promotes decay, and that is what these Vanadium batteries can overcome.  I feel that in the long run, the VFB will become significant tools.

I read in one article that the New York’s Metropolitan Transport Authority has signed a deal to test vanadium redox batteries. Researchers are developing a prototype that can store electricity generated overnight when the demand is low. The energy stored in the cell could then be used in the morning when the demand for electricity goes up, and this would reduce the amount of power needed during the day. The city would also save money on its electricity bills because power generated overnight costs less than during the day.

In the case of the most widely used renewable energy source for everyday households, the solar panels, vanadium-based redox batteries could also help in to be more efficient. Solar panels produce the most electricity in the middle of the day, when residents are often at school or work and when the demand for electricity is low. Vanadium batteries could store this excess electricity and discharge it later in the evening when people are at home to use it.

American Vanadium’s CellCube battery is the size of a car.

Cost efficiency of these batteries is now what holds it back.  There is a company that makes a “mega-battery” that is as big as a car which sits on top of an office building in Manhattan skyscraper that is charged at night when electricity is cheap and discharge during the day to reduce the amount the building has to pat in daytime prices.  So as you can see, in future, these batteries will be a big player.  It is just a matter of time.

The information contained on this website is the writer’s personal opinion and is provided to you for information only and is not intended to or nor will it create/induce the creation of any binding legal relations. Read full Disclaimer.

If you find this article informative and useful, please help me share the information.  I try and write about topics that are interesting and have the potential to be of investment value.  It is not easy to find stories that fit those parameters.

If you or your organisation see the benefit of what Samso is trying to achieve and have a need to share your journey, please contact me on noel.ong@samso.com.au.